Let me introduce our “fearsome foursome.” They are a funny little bunch and so tightly bonded that if we need to get them to the barn (or retrieve them from a neighbor’s yard – which has happened – TWICE!) all we need to do is put a lead on one of the four and the other three line up right behind. And, it doesn’t even have to a particular one that is being led – the four of them just refuse to be separated. They don’t seem to have any particular interest in the other equines although they get along with everyone. You can frequently see them grazing next to the goats or the cows or old Gladys and June, the senior donkeys, but they spend most of their time just hanging close to each other.

Among the four, there are two “kind of” bonded pairs. We have two males: Jed, aka the barnyard bully, and Melvin, the miniature donkey. They love to rough house together. Melvin is a quiet, stoic little guy – much smaller and much slower than the other three. On the relatively rare occasions that they gallop somewhere (usually to the barn if a really big storm comes up or if they see me handing out treats) then poor little Melvin is always bringing up the rear. Meanwhile, Jed strikes fear into the hearts of the goats and cows who always scatter when they see him coming. Jed is feisty and funny and when he’s in a “mood” he will bite the goats and cows on the butt. He tried it once with Gladys and June when they first got here and they gave him that “old lady, no nonsense stare” and he backed right off. He’s not mean, just high spirited. You would think that Jed would dominate quiet little Melvin but Melvin is a fooler. Jed has a long mane which allows Melvin to grab it and lead Jed around in circles. Meanwhile, Melvin’s mane is naturally super short so Jed can’t retaliate. I love watching Melvin get Jed’s goat.

There are also two females: Oreo and Maggie. Maggie came to us with Jed and Oreo came to us with my sweet old donkey, Roy, who died about a year after arriving here. Allegedly, Oreo and Roy were a bonded pair and Maggie and Jed were a bonded pair. I guess nobody told them that though. Both pairs arrived here a few days apart. We kept them on opposite sides of the fence while they kind of got acquainted with each other. The minute – I mean the exact second-that Jed laid eyes on Oreo, he was smitten. Maggie was cast off like a pair of dirty socks. Maggie was completely ignored by her so-called bonded partner. After about a month, we put Maggie, Jed and Oreo in the same pasture together. Rather than being jealous, Maggie welcomed Oreo with open arms/hooves. They remain BFFs – grooming and scratching each other. After a while, Jed decided that he and Oreo were probably better off as friends so they remain bonded but more like an old married couple than newlyweds.

A few months later our fabulous farrier, Cody, told us about Melvin – a poor little miniature donkey who had been deserted by his owners and given temporary shelter by a neighbor. Cody met Melvin when he was called out to trim Melvin’s massively overgrown, neglected hooves. Melvin needed a home so, of course, we took him in.

We put Melvin on the other side of the fence to let his gelding heal and to give him time to settle in and get to know Maggie, Jed and Oreo from across the fence in a relaxed way. It didn’t go as quietly as we planned. Melvin noticed Maggie immediately and began pacing the fence line and calling LOUDLY to her - over and over and over – until we could let him into the pasture with her about 30 days later. It was a very long 30 days and Melvin actually wore a rut into the ground from where he paced. Of course, true love never runs smoothly and Maggie wanted absolutely nothing to do with Melvin. Poor Melvin was slow on the uptake despite kicks, bites and general nastiness from all three (Jed, Maggie and Oreo) who were determined that this pesky little runt of a donkey needed to understand that he was not nearly cool enough to be in their clique. But, Melvin, being a donkey, was stubborn and just wouldn’t give up. Eventually, everyone settled in and the “fearsome foursome” was created.

I watch them all the time and these four are as tight as tight can be. Flash has joined us at the farm and I think he and Maggie might be a little sweet on each other (much to Melvin’s dismay.) Flash also hangs out with Jed from time to time – just two cool guys, hanging out in the pasture together. But, Flash also hangs out with Penny and Renny so I don’t really think he’s an official member of the gang yet. If/when he is as bonded as Maggie, Jed, Oreo and Melvin are then I guess we’ll have to rename the group, the “fearless five.” 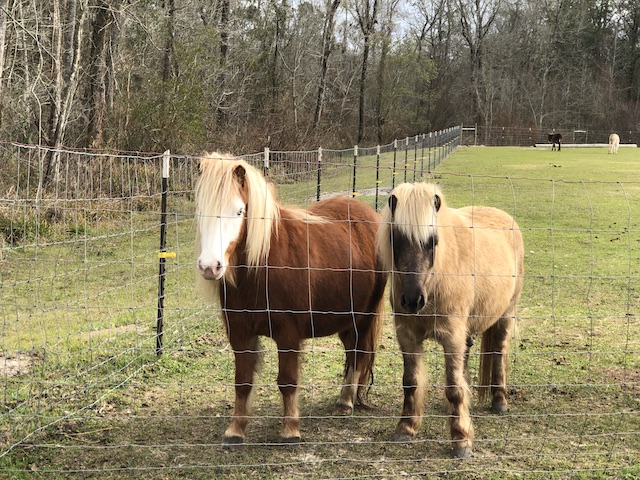 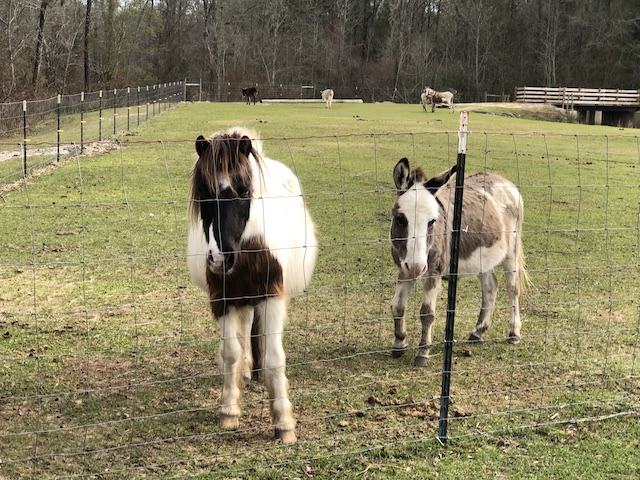 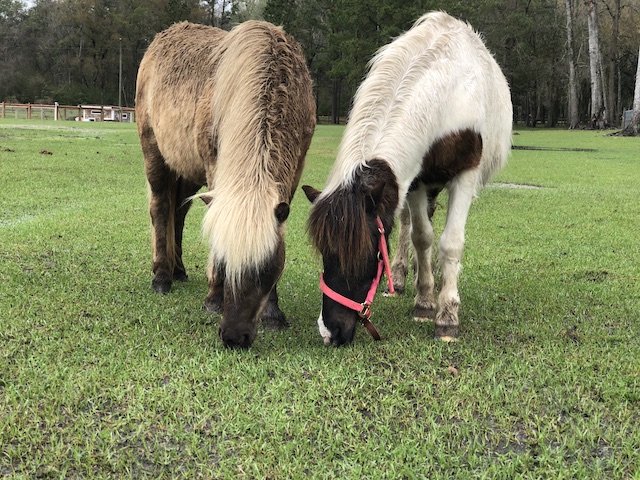 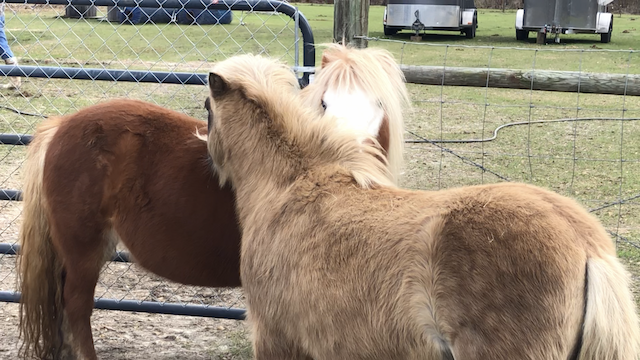